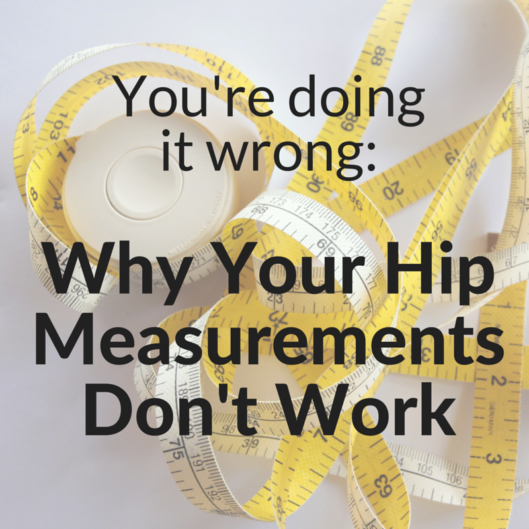 Today’s topic is somewhat of an advanced one, but it’s not necessarily hard to understand. It’s about how to measure your hips.

Some years ago, I learned a better way to come up with a more accurate way for hip measurement when I was browsing on Frabjous Couture. Marina had a skirt draft-along; I didn’t draft along, but I did read through everything. That’s when I had an epiphany moment. It’s like seeing the entire Milky Way in a perfectly dark and still night. I wanted to smack myself for not realizing it earlier.

Simply put, the hip measurement is (or should be) related to how much your stomach protrudes. Regardless of the physique, everyone can have a protruding stomach; it can be a matter of posture.

Let me try to illustrate the concept step by step. Let’s call my line-drawn lady Sue. She looks like a Sue to me.

Now if I superimpose a very fitted skirt that fits her waist and her hips, it looks something like this.

A superimposed skirt that fits Sue’s waist and hip measurements.

You see that her stomach sticks out of the skirt, which can only happen in the line-drawing world. In reality, her tummy would pull the skirt like this.

While a basic pencil or straight skirt has front darts to manage the increase in girth from the waist to the hips, they are not meant to handle a bump between the two points.

The beautiful Jessie from Jess Sew Fabulous graciously allowed me to use one of her photos to demonstrate how this looks like on a human being. 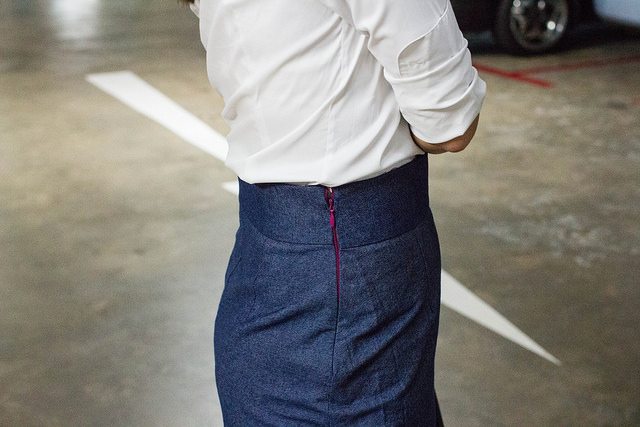 Fabric pulled on the side

Now, if you measure the hips a different way, then the result would be different. Put a rigid board vertically against the protruding stomach, and include it when measuring the hips. In Sue’s simple line-drawing world, it would look like this.

Put a board vertically against the stomach, and include it when measuring the hips.

That increases Sue’s hip measurement by 1.5″. However, when she wears a skirt with the new measurement, the skirt is no longer pulled. But, now the waist could be slightly bigger (depending on the pattern and the size you choose), which can be solved pretty easily by taking deeper and shorter front darts. True, there’s more space below the belly too, but that way, it actually fits the shape better while eliminating the wrinkles/pulls on the fabric.

The skirt doesn’t pull anymore. If the waist is now too big, take deeper and shorter front darts.

I found that using a 6″ x 24″ quilting ruler (affiliate link) as the board works well for me; it’s not too wide to obstruct the measurement on the sides, but long enough to extend from the stomach to the hips. And it’s also rigid enough. Marina from Frabjous Couture used something she made out of rigid paper for the task, approached using a different method.

This way of measuring the hips work for almost everyone. Marina mentioned that she found her old German drafting book talked about it (although I can’t find the reference anymore). Also my Japanese pattern making book, Fundamentals of Garment Design by Bunka Fashion Collage, also briefly mentioned it:

I don’t know what the heck a celluloid sheet is. But the idea is to include the empty space below the belly when measuring. It has an accompanying illustration, but I am afraid I can’t reproduce it here.

But why is it often OK to use the old method of measuring just the widest part of the hips? It could be:

If you are making a slim pencil skirt with minimal ease, this is the right way to do the measurement.

Are you ready to sew some fitted skirt now? Whip one up using the Vientiane Skirt pattern. If you want the fitted look but are not ready for a woven skirt yet, why not give the Lindy Petal Skirt pattern a try (Yes, it’s a FREE pattern!)?

Edit July 5, 2020: Thanks to a reader who was willing to spend the time to educate me about the wordings I used. I was told that the phases I used implied that slim meant fitter and better, which is obviously not true. I removed/reworded those phases. If anyone was hurt because of my choice of words, I sincerely apologize.

118 Responses to “You’re doing it wrong: Why your hip measurements don’t work” 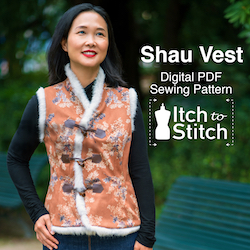 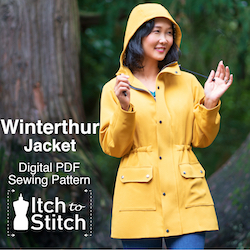 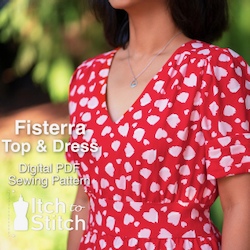